Futurist Thomas Frey speculates the future of the working world and considers 10 jobs to come. 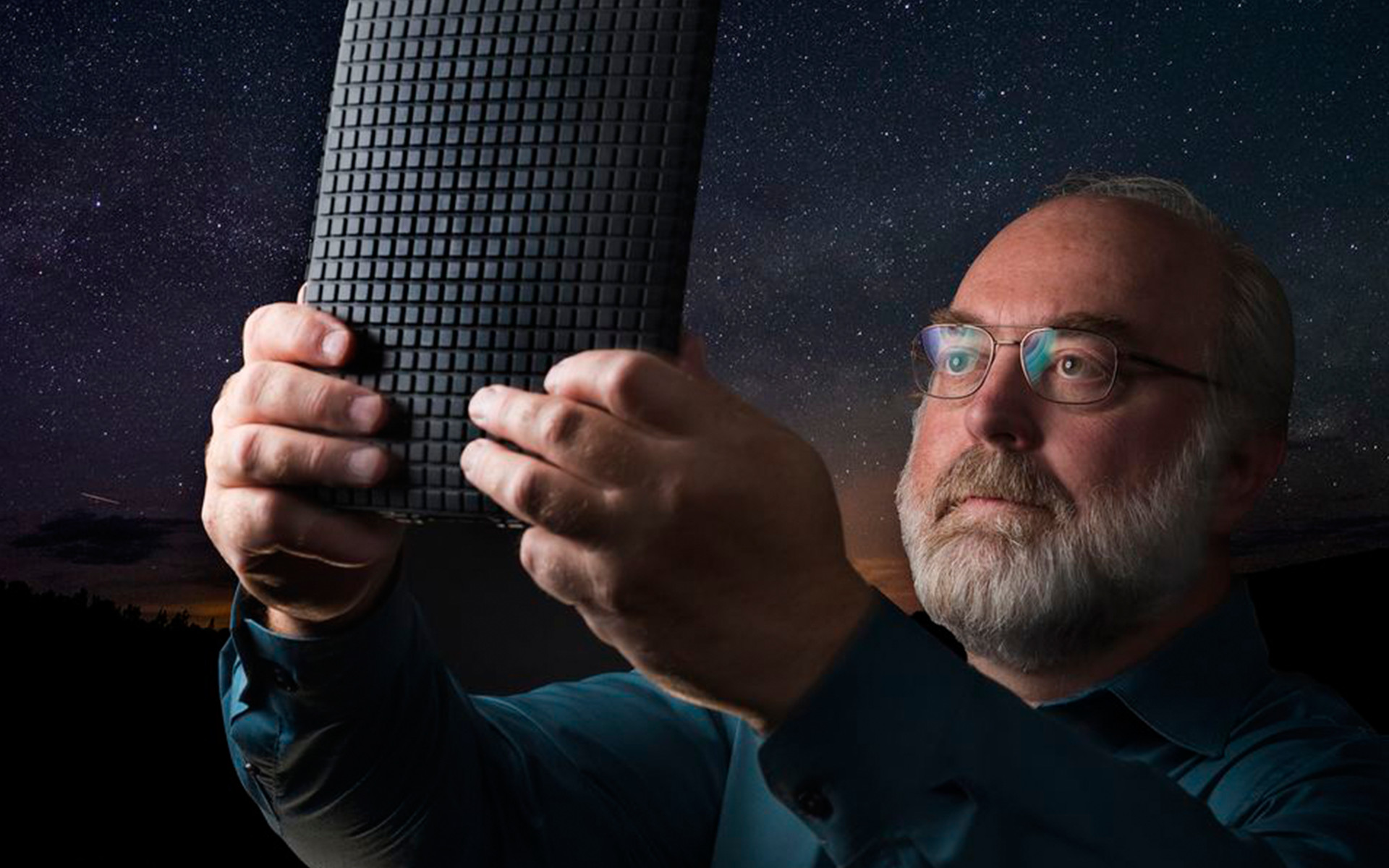 The modern world is advancing at an alarming rate. Our capabilities are growing exponentially as technology irreversibly changes the faces of both our personal and working lives. Former award-winning IBM engineer and world-renowned futurist Thomas Frey speculates what this means for the future of the working world, and considers 10 jobs to come.

All industries eventually end. One thousand years from now, all of the industries we currently have are going to be gone, replaced with entirely new ones.

Most of the ‘big money’ industries of today – the ones with the most employees and generating the most money – are already in the second half of their respective bell-curves, constantly having to do more work for less. Consequently they are in decline, and the floodgates for disruption are lying wide open.

As an example of disruption in action, Silicon Valley has painted a bulls-eye on the world of finance. It marks what’s being referred to as the ‘fintech revolution’, and there are over 8,000 start-ups working in the space right now, collectively fuelled by billions in investment, and all encroaching upon traditional banking turf. They’re operating right on the edge of a new wave. 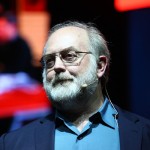 Naturally then, the question of future jobs permeates everybody’s thinking – and it doesn’t matter what industry you’re speculating, it’s hard to name one that’s not ripe for disruption.

It all comes down to people being enabled to visualise and make meaningful contributions to the future. Innovation is being parsed into smaller and smaller pieces, and that’s enabling more people to participate in the fold. Because of the internet, if a paper is released in the US, people in Australia know about it without delay. If virtual reality is a hot topic for you, you can follow it on a daily basis anywhere in the world and stay up-to-date on it. We can now think faster, know faster and do faster than ever before.

And it’s fundamentally simple: when something’s easier to do, we’ll do more of it. On average, people in 1850 travelled at 4mph, and travelled 73,000 miles in a lifetime. By 1900 the average speed went up to 8mph. By 1950 it was at 24mph, and by 2000, 75mph. If you follow this trend line then by 2050 we’ll be averaging around 225mph, and travelling somewhere in the range of 7.3 million miles in a lifetime. That gives you an idea of the nature of what I term exponential capabilities, and it’s applicable to so many other areas in our lives. If we’re able to accomplish 10 times what somebody could 20 years ago, that’s a hugely significant increase.

The notion that we will run out of work is a ludicrous one, because we’re never going to run out of work to do. Whether or not there will be jobs associated with the work that needs to be done, though, that’s an entirely different question. A person with a toolbox is more valuable than a person without a toolbox. Likewise, a person with a robot is more useful than a person without a robot. As we add more and more levels of automation to our personal lives and working lives, we are given additional capabilities and our thinking is massively expanded.

Jobs of the future

Some of the mega projects that we are going to take on are the mega projects of disrupting existing industries. For example, we’re going to have to disrupt healthcare entirely before we can actually find what’s on the other side. My personal belief is that we can’t get to a healthy society until we work through such transitions; we can’t work our way to a truly educated workforce until we disrupt our existing educational power structure. That’s true of government, banking, insurance, transportation … every industry. Disruptors in the employ of companies are going to take on the mega projects of disrupting different industries to the extent that it will resemble piranhas eating whales.

With disruption comes dismantling. The national grid, for example, will eventually have to be dismantled and replaced with microgrids. Fire hydrants represent a piece of infrastructure already virtually redundant; the average fire truck carries 500 gallons of water, and virtually no house fire requires more than that to be put out, so these are going to be dismantled. Every industry will come to an end, and so talent will therefore need to be sourced in order to scale things back in orderly fashions to make way for the future.

It’s very easy to put out a forest fire when it’s tiny, but not so when it’s several hundred acres wide and requires a considerable amount of resources to be extinguished. We have the potential to eliminate forest fires altogether, though. We can deploy drones at high-altitude all over the countryside, and they can identify hotspots as soon as they occur. The job of the fire fighter therefore goes away, but when that happens we have to have people managing drones, maintaining them and making sure they are operating smoothly. This is just one example of literally thousands whereby drones are entering society.

The mega project architect comes up with the scheme of the mega-project, and then devolves all of the resources necessary to make it happen. Such projects are going to become the mainstay of infrastructure. For example, a proposed bridge between Alaska and Russia will connect North America and Asia. The Pan-American Highway will connect both North and South America, while the Korea-Japan Friendship Tunnel will effectively connect Japan with the rest of the world. These examples begin to convey the sheer size of the mega projects of the future, projects that will demand architects thinking on equally massive scales.

Imagine taking all of the air out of a tube to create a vacuum, laying magnetic tracks on the bottom and shooting a capsule down it containing people. The Personal Rapid Transit System (PRTs) is the type of project that will dramatically shift the way we think about the world, and there are several companies working on it right now. Somebody could soon have breakfast in Moscow, lunch in New York City and dinner in Beijing. Every country in the world will want to be part of the network, and so it will employ literally hundreds of millions of people to build, operate and maintain.

More than ever, we need to manage our personal and professional relationships. Traditionally, our primary influence tended to be limited to our Dunbar Number, the 150-250 people we were closest to. Now with social media we have innumerable weaker and more tangential relationships all over the world, and if we’re paying attention to them all we don’t have time for anything else. Managing relationships will therefore become a huge issue in the future so that the value of our personal networks in tomorrow’s hyper-connected world can become markedly more quantifiable.

Our choice of technology defines who we are and our ability to function in an increasingly technology-dependent world. Managing that technology is becoming massively important. We’ll all be connected to personal devices working out what kind of lighting we want in any given scenario, what kind of music we want to reflect a typical mood, and what temperature we want when we enter a certain room. Yet the more technology we have in our lives the more breaking points we are creating, and so it’s important to understand our relationship with technology and to improve our skills in this area.

Both as individuals and as businesses we’re constantly developing trust networks. Our reputations are no longer something that are built up around us that we have little or no control over – with highly personal online content being generated about us from many different sources, it is now up to us to exercise control over what people are saying about us and every indicator of who we are and what we stand for. This spans a whole new area of industry called reputation management, and although we have had it before it’s being kicked into a whole new gear.

In America alone there are almost 10,000 people turning 65 every day. This is giving rise to a need for major senior living solutions, and one of those is legacy management. Because of the interconnectedness of modern society, we are able to manage our legacies and how people think about us long after we are dead. Inheritance is no longer the primary means of legacy – legacists will be employed to help manage the information trail individuals leave behind. That’s a capability we’ve never had in the past, and it’s now coming into its own.

We’re moving into a world of freelancers. The internet is enabling us to align the needs of our businesses with the talents of individuals in far more precise ways than ever before. Rather than hiring someone full-time, we can hire somebody for two hours or two days or two months. We’re effectively hiring ‘partial people’. The co-working places of today are going to morph into business colonies of the future. People working freelance want to know where to go to get their next jobs, so they go to these colonies where project managers are hanging out, each with his or her own trusted networks attracting high value projects.

Thomas Frey is the Senior Futurist at the DaVinci Institute in Boulder, Colorado, and Google’s top-rated futurist speaker. He works closely with his Board of Visionaries to develop original research studies, enabling him to speak on unusual topics and translate trends into unique business opportunities. For more information about Thomas and his work at the DaVinci Institute, visit www.futuristspeaker.com.

This article was written for Reflect, the Equatex blog.