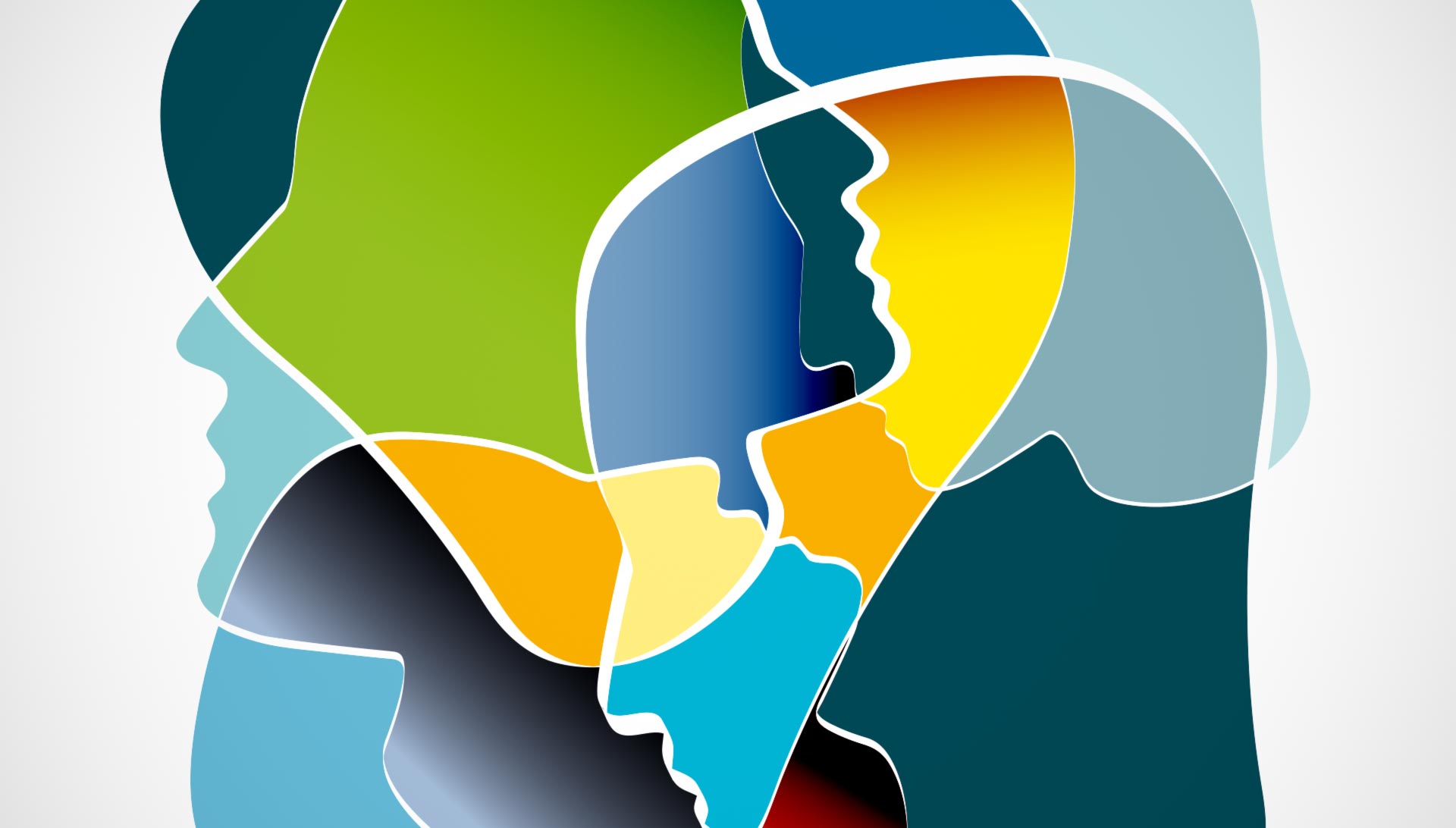 Posted at 15:50h in Reflect by Guest Author

As companies internationalise, should their corporate culture supersede local culture? Or can the two be married to create a harmonious working environment? Erin Meyer, Professor at the international business school INSEAD and author of The Culture Map, says it depends on the objectives of the company.

Many companies I’ve worked with have strong, centralised corporate cultures, which means that they have clear personalities and tend to hire for fit. They look for individuals who have a certain personality type and then train them to assume a very specific set of behaviours. A good example of this is Google and their Googlers. Google’s corporate culture is similar to Californian work culture and they hire talent with values as close to this as possible. Other companies have decentralised corporate cultures in that each location has a separate organisational culture, often similar to the local way of working.

There is one strong benefit to having a strong centralised culture as companies internationalise: it makes them more efficient. I designed a framework called The Culture Map, which allows businesses to plot the similarities and differences between their corporate and local cultures across eight scales.

Let’s take one of the dimensions: disagreeing. Some nations or companies feel that open debate and lively disagreement are largely positive; others believe that this type of behaviour is destructive. So if a company is confrontational in nature, they tend to hire people who likewise enjoy disagreement. The company is therefore more streamlined as all employees are similar – it provides a more homogenous way of working.

There are difficulties in hiring for fit, however. Companies are in danger of missing out on local talent if they only hire people who fit in with their corporate culture. Another challenge that comes with hiring for fit is that employees may work harmoniously with other employees, but may struggle to communicate effectively with local customers or suppliers. ExxonMobil, for example, is very task-orientated and focused on efficiency. They employ task-orientated people, which makes it easier for the business internally, but they also have large operations in relationship-orientated societies like Nigeria.

What are your objectives?

To avoid a clash between corporate and local cultures, companies need to figure out the pressure points between the two. The Culture Map illustrates how cultures can vary from one extreme to another along a spectrum. Are decisions made by consensus or does the boss decide? Are timeliness and structure important or is flexibility at the heart of the company’s success? Companies then need to think about whether their goal is to create efficiency within the business and preserve their own organisational culture above all else, even if that means they are at odds with local clients’ style of working. Or are they more interested in developing a flexible culture that maximises diversity?

This often depends on what product companies are selling and what their goals are. If, like Google, they have few local competitors as well as a highly innovative product or service that is the result of their corporate culture, they may want to retain their own culture – what matters is continuing the innovative work that their culture has helped to attain. But if a company offers a product or service which means they have many local competitors, I think it’s a risky choice to focus on hiring people that fit in with their corporation’s way of working. It would be better to create an environment where managers are able to bridge the local environment with their headquarters.

From California to Japan

I worked with a company in Silicon Valley, who had been very successful locally. When they decided to expand, they were very deliberate about it. The executives worked together to map out their corporate culture and the national cultures they wanted to expand into. As they did so, they started to notice a few things.

The company is extremely direct with negative feedback, more so than most American businesses. They hire people who are direct and encourage them to be brutally honest. As the company began to expand in Japan and Indonesia, they needed to confront the brutal honesty they believed in as this was in direct opposition to these cultures. The solution was to hire managers who had a high degree of authentic flexibility – Japanese and Indonesians who had experience of working in other countries and could differentiate between local and corporate cultures. The company’s local teams in Asia didn’t adhere to the culture of brutal honesty, but the managers were able to effectively adapt the corporate culture as such. It is one strategy that requires a lot of forethought and talent.

Another is to choose the countries you move into based on your similarities. The same company also believed in egalitarian management systems, so they set out to find a country for their second headquarters that matched these values. First they looked at Latin America, but these countries tend to be less direct with negative feedback. Then they looked at Russia, but they have strong hierarchical processes. The country they ended up choosing was Israel as it’s both egalitarian and direct with negative feedback.

To avoid a clash between corporate and local cultures, companies need to figure out the pressure points between the two

When employees are located in the same place in the same culture, much of our communication is implicit, whether this is through eye contact or body language. The closer the space we share, the stronger our reliance on unspoken cues. A manager at Louis Vuitton told me: “At our company, managers didn’t finish their sentences. Instead, they would begin to make a point and then say something like, ‘OK, you get it?’ And for us, that said it all.”

As companies internationalise, the ability to pick up on subtle messages breaks down simply because employees are no longer in the same space. Companies often automatically move to a more documented way of communicating to ensure meaning is not lost. What I’ve found, however, is that companies with creative environments have highly implicit communication. At Louis Vuitton, ambiguity is part of the value proposition, and one manager told me: “The more we wipe out ambiguity between what was meant and what was heard, the further we wander from that essential mysterious ingredient in our corporate culture that has led to our success.”

Companies can purposefully draw lines or boundaries around their creative departments and let communication within them remain more ambiguous. The rest of the company becomes more documented, while those creative units don’t suffer. This can help to protect your creative spaces.

People naturally feel close to colleagues they see daily. So difficulties can arise when employees are working in different locations, which can lead to an ‘us vs. them’ mentality. For example, one New York-based financial institution opened offices in Asia and struggled to export its highly collaborative culture. The issues can become exacerbated when you have local environments, for example in a company’s office in America, there are only American employees; in their office in India, there are only Indian employees. The more homogenous the locations are, the more likely there will be an in-group subculture.

One very useful strategy is to be heterogeneous everywhere, so a percentage of your American workforce is based in India, and vice versa. It is a costly proposition, but if you are able to create heterogeneous pools, there are two consequences: one is that the Americans living and working in India become a bridge between the two locations; another is that those people understand the gaps between the different environments. It’s a very successful way of breaking down the ‘us vs. them’ mentality and increasing understanding between employees across cultures.

Let’s look at L’Oréal. Confrontation and open disagreement are a strong part of its corporate culture. In France, those disagreements create an engaging and intellectually stimulating place to work, but in Asia, it can feel like a personal attack. L’Oréal carried out training programmes across the world around the concept of confronting ideas, which was somewhat successful. I interviewed employees in China who said that they could now see the positivity in disagreeing with one another. Yet, the company is now rethinking whether it needs to change its corporate culture altogether. Therefore, as well as training and putting cultural bridges in place as I mentioned before, there is a third strategy: you adapt your corporate culture in order to be more effective globally.

Whatever strategy they choose, companies must have a strong awareness of what their corporate culture is and how it has led to their success. In general, I would say that they don’t think about these types of things enough. Companies that do will not only experience better engagement, they will have a more collaborative workforce and be closer to their clients. Some even find that they can’t actually succeed if their bases don’t get along. If you think of a company as a machine that needs to run, culture is the system behind how it’s running, so it can have a huge impact on the bottom line.

Erin Meyer is a Professor at INSEAD, one of the world’s leading international business schools, and author of The Culture Map: Breaking through the invisible boundaries of global business. Her work focuses on how the world’s most successful global leaders can navigate the complexities of cultural differences in a multi-cultural environment. Her work has appeared in Harvard Business Review, The New York Times and Forbes.com. She is the recipient of the 2015 Thinkers50 RADAR Award. Erin gives keynote speeches and runs seminars for organisations such as the World Bank, KPMG and L’Oreal.