The future of employee share plans amid tightening legislation 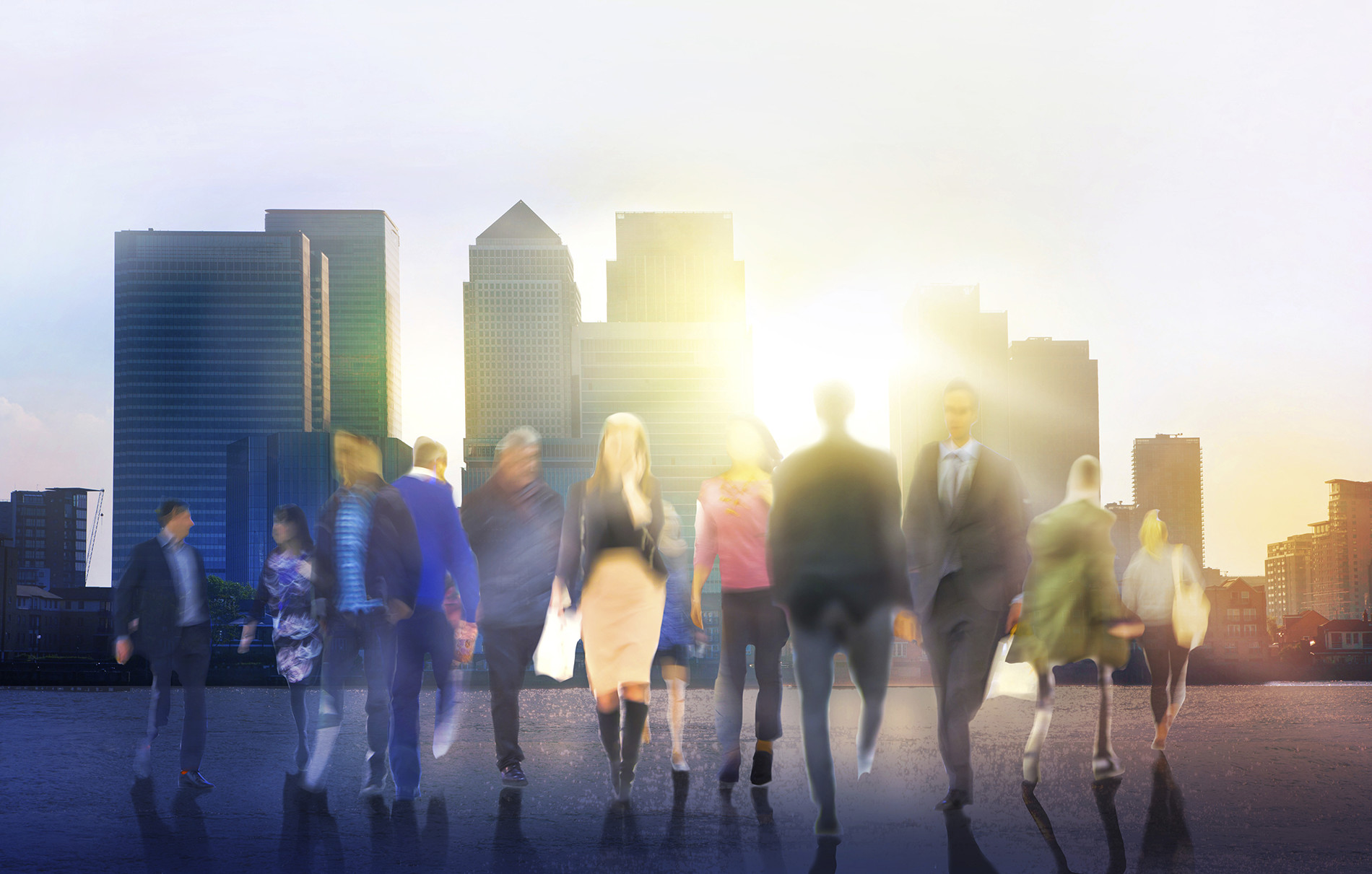 22 Apr The future of employee share plans amid tightening legislation

Posted at 09:00h in Reflect by Guest Author

The positive impact employee share plans can have on employee engagement and performance is acknowledged by most. But ensuring these schemes are set up to attract and retain the right talent and stay on the right side of the law amid ever-evolving regulation requires constant care. Polly Bieri, Director People and Organisation at PwC, considers a future of tightening legislation, globalisation and meeting the new needs of workers.

After a period when regulation covering incentive schemes became more relaxed, all of a sudden a few years ago we witnessed a big bang. Now, everywhere you look you see increased restrictions and a renewed scrutiny of compensation. Amid the current refugee and migration crisis, there is further pressure to tighten things up. Everything has to be regulated and reported, and it’s never been more important to have all aspects of reward under control. When I began working in this area in 1999, the Swiss but also most European equity incentives markets were very young. One would see a lot of option plans for senior executives and just a few share plans around, most of which involved purchase plans for large multinationals. The US market on the other hand was already then significantly more mature and standardised.

At that time most companies were giving options to their senior managers and were not expensing them, which later led to dilution. As long as the executives remained employed, the options would vest with no conditions. The markets were booming and executives were literally making millions out of their options. Even if the company or executive performance was not great, many of their options were still quite valuable.

With the changing markets, the major difficulties some companies went through, the dilution problems and the huge amounts some executives made, it was clear that change was needed.

Regulations came into place for reporting and expensing, companies began moving away from options and going more towards share units and tying these to performance. So, today we see a lot more performance and restricted stock unit plans rather than option plans.

Somewhere along the line governments also realised that they had been missing out on taxes and social security contributions on most of these plans and that this was not an insignificant amount. Therefore they brought in more and more regulations to ensure appropriate withholding and reporting. Today it is important to know where employees have been during the vesting of their awards, or where the employees were when options were exercised and which countries are involved and responsible.

My personal opinion is that if anything was falling through the cracks before, these holes are now being closed. Legislation is becoming significantly more stringent. Going forward a lot of changes will be required to ensure data availability, transparency, reporting and taxation.

Working with some large corporations that operate in over 60 countries, I can see that all other countries are beginning to follow the same direction as the US and Europe towards more stringent regulation and this includes Asia, Africa and South America. The biggest challenge, especially for international companies that are naturally present in multiple countries, is the varying speed and strictness with which the various countries approach the regulations. This means corporations must abide by the rules of the various country regulations.

Publishing of board and senior management compensation is already mandatory in most places. In Switzerland we have seen the introduction of compensation reports, separate to the annual report, and shareholders having voting rights on these.

Whereas in the past, there was little transparency on compensation and performance and many people joining organisations were going with huge sums and leaving the companies in trouble, now shareholders want to know what these people were being paid for. Governments also need to ensure that companies have things under control as they do not want to have to come in and bail them out.

In Europe the Shareholders Rights Directive aims to strengthen the position of shareholders and ensure that the right decisions are made for the sustainability of the company. Recent legislation has seen Say-on-Pay introduced in most European countries. The European Union is taking a much stronger position on it. For example, for the financial industry the EU enforced a maximum bonus of 100% to the base salary and countries like the Netherlands went as far as to limit it to 20% of the base salary. This is not going away and it is difficult to foresee just how much stricter it could be. From my experience of managing corporate equity plans, the bonuses that were given several years ago have never been seen again. A lot of providers give comparisons with what the standard is for larger corporations and this gives a feeling of confidence for corporations to adjust their compensation to what the standard is and not try to overdo it.

Personally, I don’t see these more stringent regulations causing tension between corporations and regulators. I think there is a sense that the European Parliament is trying to make it fairer and wants to take care of the sustainability and longevity of corporations, so it is in the interests of corporations to comply. There will always be some noise because it brings some pain to comply but in a way it provides additional security for companies.

There is no question that global mobility is of growing importance in the corporate world. Mobility is, however, not stand-alone. It is interconnected with the entire life cycle from talent management to how we motivate people, how we reward them and how we report.

With this change in trend and the increase in regulations, mobility is becoming one of the most challenging areas corporations face. Each move needs to be tracked in order to ensure compliance. Compliance is no longer all about immigration but also about the impact in terms of tax (individual and corporate tax) and social security and is often impacted from day one of the move. For movers participating in compensation plans this becomes even more challenging as the regulations of multiple jurisdictions need to be looked at.

What we tend to see with many corporations sending, for example, project workers abroad is that they haven’t properly planned or budgeted for these moves. I have seen cases where they know someone is being sent abroad and they plan for some kind of visa requirement but all the other costs and requirements are forgotten. If a company does not consider all details like countries involved, length of stay, recharging, double tax treaties or how local labour law will affect the employee, they run financial and reputational risks such as getting wrong visas, paying too much or too little in taxes or not doing appropriate reporting. Again here we often see fines being issued for things like incorrect visas or because travellers have been there longer than they should or are doing a type of activity requiring a different visa.

This is where technology and data capturing come into play. There is a need to have appropriate tools and to ensure capturing details of all these journeys as the impact is not always obvious and may change when a second trip is done later in the year. Today we have modern travel tracking tools that allow you to monitor where every employee has been and for how many days, and what kind of job they did. You can pull reports summarising moves and set caps or notifications in order to be informed of risks. 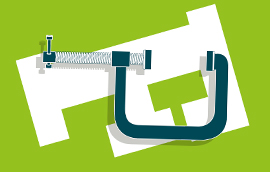 With sufficient data capturing and elimination of manual processes and exceptions, companies can not only minimise their risks but also simplify processes and reduce costs. Some countries are even moving towards so-called cooperative compliance, whereby if a company can prove that it has this data tracked and can report on it, it will receive a more relaxed treatment and won’t be scrutinised all the time.

A company operating in multiple jurisdictions must have all the above under control. Since the trend is for companies to become lean and concentrate on their core business, intelligent outsourcing is often the best way to stay on top of the changes. This way they do not need to build up expensive internal expertise which has to be continuously kept up to date.

Attracting and keeping talent as well as dealing with the needs of the new generation is something that companies are struggling with and will keep them very busy in the upcoming years. People who dedicate their life working for one company are nowadays almost non-existent. Loyalty is in many cases questionable. Whereas the older generation was proud to be awarded some options or shares in their company, if we look at the young generation and their preferences and priorities, we see more need for work–life balance. The new generation want to be flexible in the way they work and are less prepared to be motivated to work just for cash or equity compensation. Companies will have to rethink their recruiting and hiring process and bind it much more to the needs of their talent.

In itself, total compensation is developing towards a pool of diverse elements with a more individualised and customised selection of elements to account for the needs of each specific employee – is it a bonus or equity, or is it a week’s extra vacation or maybe taking care of something for the family, such as medical insurance? Companies will need to find models that fit the employees.

Of course regulation also applies to these elements. Each alternative has to be valued and taxed to some extent. In order to manage this, companies need to have a solid information base of what they are giving to their employees.

“My personal opinion is that if anything was falling through the cracks before, these holes are now being closed. Legislation is becoming significantly more stringent”

Polly Bieri joined PwC in 2014 as a Director in the People and Organisation area concentrating on projects and processes in the area of Compensation, Mobility and HR. She has extensive experience in managing client relationships, lean process design, operational efficiencies and implementation of concepts for global organisations. Before joining PwC, she was one of the core team members who created the CEFS business in 1999 as part of UBS. During her last eight years there she was leading a team responsible for the Client Relationship Management of around 30 multinational corporate clients with concentration in Switzerland, the UK and Germany. Polly holds an MSc in Computer Systems Engineering from Rensselaer Polytechnic Institute, NY, USA.