The future of business travel

Skyscanner’s Filip Filipov reveals a vision for the future of travel which is much more realistic than you would think. 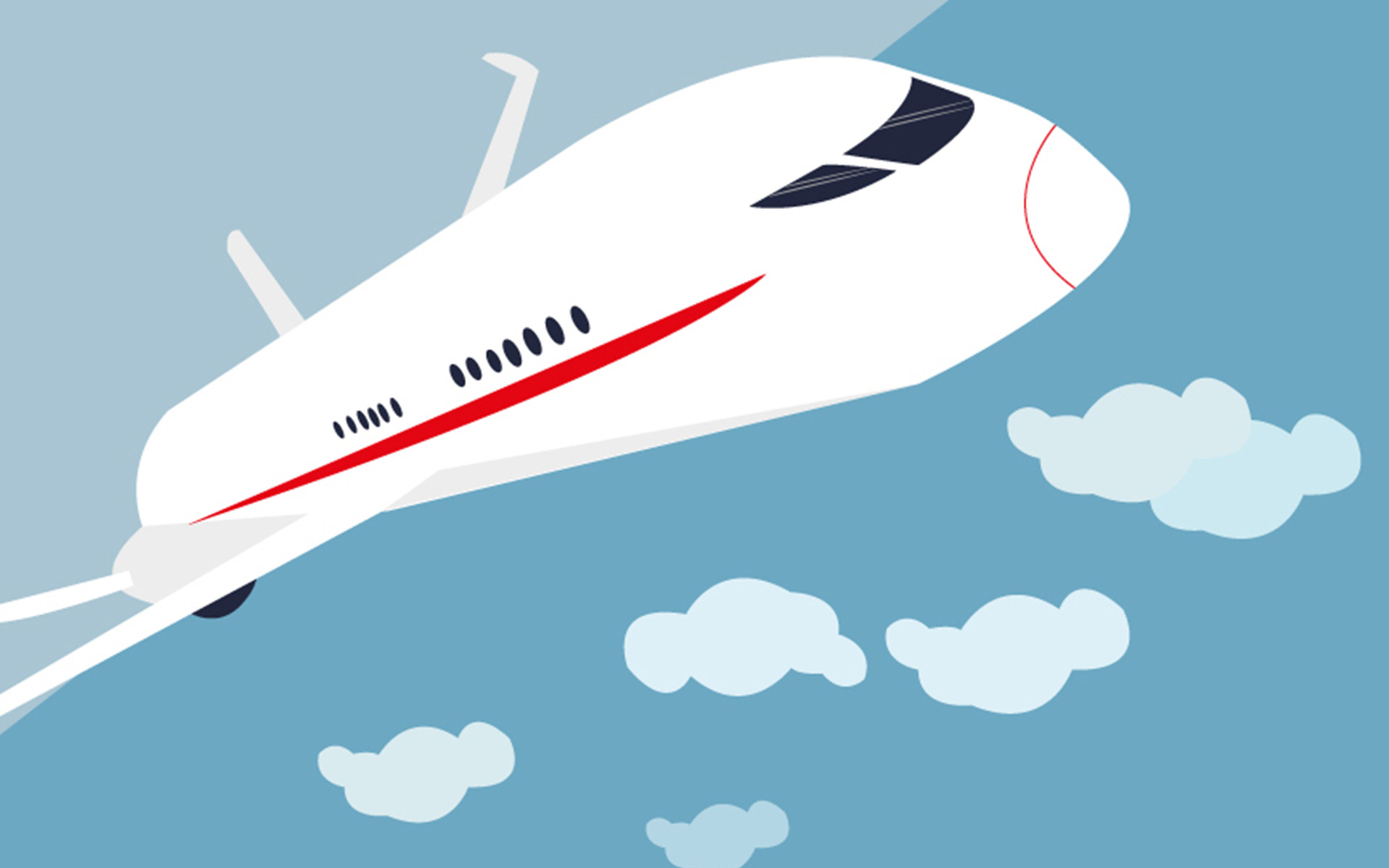 09 Oct The future of business travel

Posted at 08:00h in Reflect by Guest Author

It’s the year 2024. You are travelling from Zurich to New York for a business meeting with a new client. Your Digital Travel Buddy sifts through all the data of your previous business trips to provide you with a tailored itinerary and book your travel. After checking in using your smart-watch, you arrive early at the airport to shop its virtual walls before a holographic staff member informs you that your flight is ready for boarding and guides you to the gate. There’s no line at security as the latest biometric software scans people from afar. On the flight, your seat becomes a virtual office and you have a quick meeting in 3D with a business colleague. Arriving in New York, your favourite music is playing when you check in to your hotel room. After a quick Vitamin C shower to recover from jetlag, you then leave for your meeting.

It may sound far-fetched, but Skyscanner’s vision for the future of travel is much more realistic than you would at first think. The global travel search engine recently collaborated with industry experts and futurologists on a report exploring how travel will become richer, easier and more intuitive within the next 10 years. As Director of B2B, Filip Filipov, explains, business travel will likewise be transformed by technology.

At Skyscanner, we think of ourselves as a tech company, rather than a travel company. For us, it was important to drive the conversation in the industry: what kind of technology will make travel easier in the future? How will travel evolve as we know it?

Economically, travel is more affordable than it has ever been and politically, we are seeing the reduction of visa restrictions as diplomatic relations warm up between historically disparate countries. But it’s technology that holds the real transformations for travel. Since Steve Jobs unveiled the iPhone in 2007, there has been an explosion of tech that has led to us being more connected than ever before. 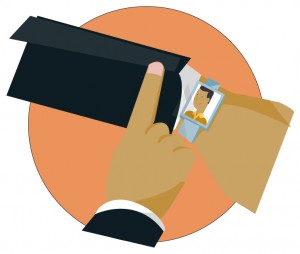 Travel discovery is currently very time-consuming as people spend hours comparing prices across multiple sites and platforms. Imagine having our own Digital Travel Buddy, powered by AI and living on a wearable device, that will act as a personal assistant and plan and book our travel for us. It will understand our individual preferences, organise itineraries and act as a tour guide. For these ‘e-agents’ to become a reality, it is a question of utilising existing technology such as Siri or Microsoft’s Cortana that already allows us to communicate with a machine.

The advent of touch screen technology has given rise to wearable devices that will only continue to evolve and become more mainstream. The Apple Watch can now be used to store your boarding pass and check in; in the 2020s, wearable devices will be smaller and faster. The equivalent of Google Glass in 2024, for example, could allow us to instantly translate foreign languages on menus. Travel companies may also use virtual reality to provide a showroom for travellers, so you can put on a headset and walk around a hotel or other location in real time.

The benefits for business travellers will be huge, perhaps even more so than for leisure travellers who need help but still want to retain that moment of discovery when arriving at a new destination. Business travellers require more control when they are travelling – they may need to arrive in a city at a specific time for a meeting – and the aforementioned technology will make their lives easier.

At Skyscanner, we refer to big data as linked data. Say you know that an 18–24-year-old, who is single, male and lives in a city, prefers to book holidays 69 days in advance. That’s amazing, but the truth is that historical data is not necessarily a sign of how people will behave in the future. True personalisation comes when you have many different data points to draw on and can anticipate how people will behave.

Travel services will be able to deploy deeply intuitive semantic tools that will understand your preferences and offer a tailored experience: you are a regular business traveller, you only take hand luggage and you always fly first class.

Business travellers frequently use the same hotels and flights, so digital systems that remember this information save time when rebooking. Considering many organisations still use offline travel agents, from a supplier’s point of view, they can better plan itineraries without the need for long phone calls.

Airports you want to spend time in

Airports have been considered a pain point in a traveller’s journey and they need to transform to become part of the experience. In the future, there will be no need for check-in desks as people can use their wearable devices to check-in with a voice command. Security is another pinch point. There is different tech in development that allows you to scan people from a distance, and departures may soon operate a biometric immigration system using facial recognition.

It’s fundamentally about convenience so the airport itself will employ functionalities that make you feel more at home, whether that’s a cinema, gym or outside space. Business travellers spend as little time as possible at an airport so there are opportunities to encourage them to spend more time there.

Singapore’s Changi Airport has recognised many of the above problems, and its new terminal, due to open in 2017, will deploy biometric scanning, digital boarding via mobile, and virtual concierges that showcase products you can buy and have delivered to your home.

From plane to hotel

On flights, you will have your own space with built-in climate control and sonic disrupters. On-board communications will change radically by the end of this decade. Business travellers will be able to use their seat as a virtual home office and hold Skype-style 3D holographic conversations with colleagues. Haptic gloves will even allow you to shake hands with your colleague. Right now, we have tap technology where we touch a screen and a signal is produced; haptic uses electronic magnetics so the screen replicates the feeling of a surface, for example sand or water. It may be a stretch of the imagination but Disney is in the process of creating a new interface called REVEL.

The prospect of low orbital flights is also really exciting and I believe entirely realistic – you could travel between London and Sydney in 2.5 hours, and the consequences for business travel would be incredible as inter-continental flight times would be radically cut. If Virgin Galactic achieves its Space Tourism programme, I think the biggest impact will be on commercial aviation. It may cost £600,000 for a few hours in space, but if flights into the stratosphere are produced in scale, then I don’t see why it wouldn’t become cheaper. It might not be commercially active in 10 years, but it is definitely achievable.

Even if low orbital flights don’t become a reality, there won’t be any need to worry about jetlag. There’s a hotel in Las Vegas that offers rooms with Vitamin C showers and special lights to help fight the effects of jetlag. Features like this are only the beginning; hotels will transform with personalised, intuitive and embedded technology. The simplest form of personalisation is to check in and see your name in your room. Personalisation isn’t difficult; it’s just a question of connecting the right data with the right tech. The Internet of Things will help you control everything, down to the light level in the room and the temperature of the shower. A hotel in Hong Kong already gives tablets to its guests from which they can control lighting, the curtains and music in the room. 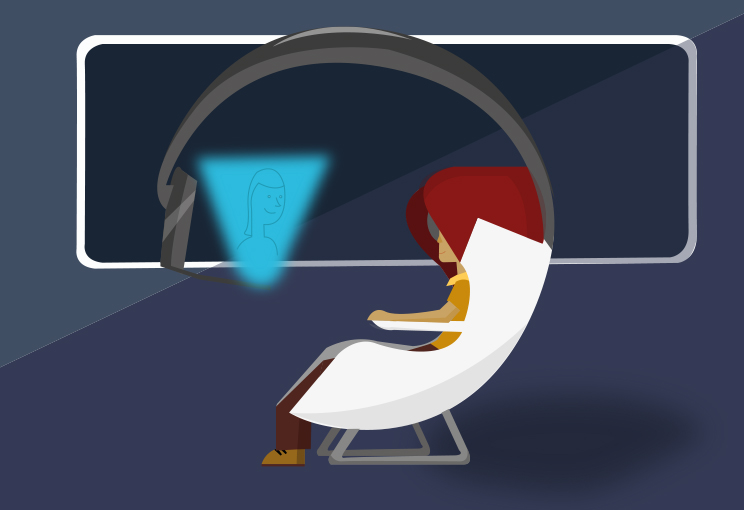 It will be interesting to see how many of our predictions become a reality. Perhaps the timing of the technology may be earlier, or indeed later, but most of what I’ve mentioned is already in existence in some form. It may not be mainstream yet, but that will come. A lot of people believe that tech is about those few early adopters, those innovators who will inspire others, but people only use tech if it is useful and they find value in it.

People also say that telecommunications will kill business travel, but I don’t think this will happen. I think we will see even more business people travelling as it will be more convenient and cheaper. Travel will become more accessible to more people and the pain points we experience today will be solved by tech. Think of a world where the traveller comes first, and the technology comes together to make that experience intuitive and inspirational.

Filip Filipov is the Director of B2B at Skyscanner, responsible for defining and building the products to allow the travel industry to make use of powerful APIs and data analytics and industry insights. Filip previously held a variety of senior management positions in a wide range of industries and areas. He has worked as a consultant in New York and London on strategy and supply chain management projects, before moving into the travel industry, where he held a number of roles including his role as an associate for Travel Capitalist Ventures.

Skyscanner’s report on the future of travel is available to read at www.skyscanner2024.com