Building an Authentic Company Culture With The DREAMS Model

Why should anyone work here? Professor Rob Goffee of London Business School tells Reflect how to build an authentic organisation 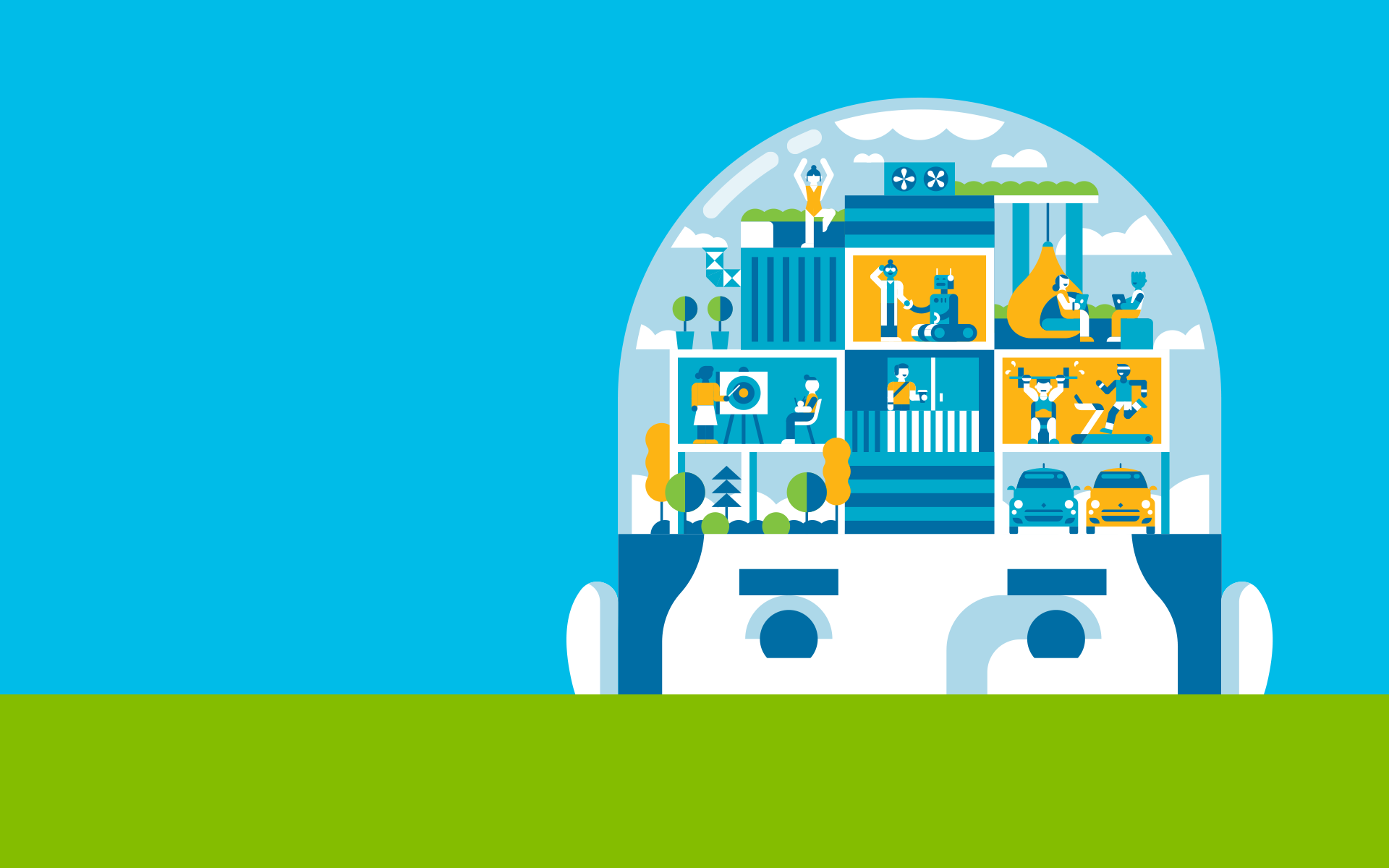 25 Apr Building an Authentic Company Culture With The DREAMS Model

Posted at 10:00h in Reflect by Guest Author

As engagement levels at organisations remain challenging, Professor Rob Goffee of London Business School asks a pertinent question: why should anyone work here? He tells Reflect how organisations can become more authentic by using the DREAMS model.

Gareth Jones and myself wrote a book called Why Should Anyone Be Led By You? which had a central recommendation: be yourself more, with skill. We asked what is different about you as a leader that will lift, inspire and motivate others. Executives who we worked with liked this idea, but many of them turned round and said, “I’ll be more authentic if I work in an authentic organisation.” The more people who said this to us, the more we paid attention: what did they mean when they talked about an ‘authentic organisation’?

As it turns out, it is a question for our times. Trust levels in organisations are falling; the journey from Enron to VW is a long one, and don’t get me started on Fifa. Across the world, engagement levels are low and nowhere near where employers would like them to be. I believe we are falling out of love with organisations, but at the same time, expectations are rising, some of which can be attributed to Generation Y, who want more from organisations. Many also believe we are moving towards a knowledge economy, and in that kind of economy you will have organisations full of ‘clevers’ – talented, skilled professionals who are often a source of significant added-value to organisations, but who may prove difficult to lead. It’s a deadly combination: the clever factor together with generational shifts, as well as technological changes, increased levels of mobility, and demand for organisations to be accountable and transparent.

Across the world, engagement levels are low and nowhere near where employers would like them to be

We developed the DREAMS model, which stands for difference, radical honesty, extra value, authenticity, meaning and simple rules. In a way the model is quite obvious. Do you want to work somewhere you must conform to? Where no one tells you what’s going on? Where you don’t get developed? Somewhere you don’t believe in, the work is meaningless and it’s full of silly rules? But if it is so obvious, then why are more companies not doing it? Organisations often apply a band-aid to deeper problems, and they are grappling with fairly big issues, such as the tendency of modern capitalism to focus on short-term results as well as increasing bureaucracy as organisations expand. But we are on the edge of shifting from a world where employees have to fit into an organisation to one where the organisation needs to fit employees.

If organisations can improve on each of these six elements, they will have more engaged employees, greater productivity and it will be easy to retain talent. There are no short-term fixes, and none of the organisations I’ve mentioned are perfect in all six of these dimensions, but one of their strengths is that they are aware they are not perfect. Indeed, many of them are not conventional organisations: Arup is a foundation and New York Life is a mutual, which means they are insulated from quarterly reporting. The chief executive of Unilever recently decided to no longer have quarterly reporting, so I think there are opportunities in more pressurised businesses to move away from short-term goals to long-term thinking.

There is a Finnish gaming company called Supercell, best known for Clash of Clans. Only five or six years old, it now generates €2 billion annually and has 160 employees. The company’s values are very similar to the model we use, but the challenge is to retain the dream as the business grows, and if necessary recapture it.

Good work equals good societies. After the crisis, people talked endlessly about capitalism reinventing itself. Now that is a rather abstract idea, but here is a simple observation: capitalism won’t reinvent itself unless organisations reinvent themselves.

Arup, the design and engineering company known for designing the Sydney Opera House, is exceptionally creative. Creativity increases with diversity: what we know is that when you bring people with different ideas, mind-sets and opinions together you get creativity. Obviously we think diversity – having a balance of gender and ethnic minorities – is good, but you shouldn’t neatly associate that with the way people think about the world. We are talking about difference beyond diversity. Do organisations need a certain level of conformity? Yes of course – they need shared values for example, but they need to be more liberal around behaviour. If people can express themselves more freely, they tend to commit more. The danger in organisations is that there are formal and informal pressures for people to be similar. Organisations need to work a little bit harder to not only tolerate but celebrate the expression of difference.

Employees want to know what is going on, and in a world where social media is so pervasive, radical honesty is now required from organisations. If news doesn’t come from an organisation, it will come from somewhere else, quickly and in a way the organisation can’t control. Of course you can’t tell people everything, what with intellectual capital restrictions or competitive advantage. But organisations must move away from hoarding information to sharing information; from spinning stories to presenting them simply and clearly. Novo Nordisk is a good example. The company has triple bottom line reporting, in which they not only report on the business, but on social and environmental issues too,

Employees work at organisations such as McKinsey, Goldman Sachs or Oxford University as there are opportunities for development. Organisations need to extend this way of thinking to more people across the business, not only senior management. McDonald’s receives a lot of negative publicity, but it is a major trainer of low-skilled operatives. In the UK, it is exemplary in the education it provides to employees at lower levels in the organisation. I think there is plenty of scope for people to get value from their work, and everyone, including customers, will feel the benefit of it.

The band-aid approach to authenticity in the workplace is the corporate mission statement, which ends up getting rewritten every three years. Organisations need to practise their values, take them to heart and exemplify them in everything the employees do. The definition of authenticity is ‘of undisputed origin’ and in the States, there is a mutual called New York Life which is exceptional at honouring its traditions. But you don’t need to be old to use your roots; Apple is clever at defining who it is. It sounds circular, but we also say authentic organisations have authentic leaders. Look at Alex Ferguson – I remember he once said, “I wasn’t interested in building a team, I wanted to build a club.” While he built an authentic club, seven or eight different teams emerged – which is a major achievement.

The BMW engineer knows why he or she is going to work – to build the ultimate driving machine; in other words, people connect their jobs to the outcomes. Yet, because of the scale and complexity of organisations, the lack of connection to others in the corporate community, the divisions of labour, and the time between what employees do and the final product, meaning is often difficult to find. Organisations must remember the three Cs: connection, community and cause. If you can get those right, people will gain meaning from what they do.

Employees become very irritated by bureaucracy. The bigger companies become the more challenging it is to retain simple rules, and many are struggling. One that is doing well, however, is Netflix, which has kept its HR function very simple, based on the assumption that people will try to act in the best interests of the company. So, for example, they are liberal in terms of expenses, working hours and holidays.

Professor Rob Goffee teaches on the world-renowned Senior Executive Programme in his current role as Emeritus Professor of Organisational Behaviour at London Business School. An internationally respected teacher and facilitator, Rob has taught executives from some of the world’s leading companies, including Unilever, Nestlé and Sonae, and also consults to the boards of a number of FTSE 100 companies. Rob has published 11 books and more than 70 articles, including Entrepreneurship in Europe, Women in Charge and Reluctant Managers. With Gareth Jones, he has co-authored The Character of a Corporation, Why Should Anyone Be Led By You?, and Clever: Leading Your Smartest and Most Creative People. Their new book, Why Should Anyone Work Here?: What It Takes to Create an Authentic Organization, published by Harvard Business Review Press, is available now.